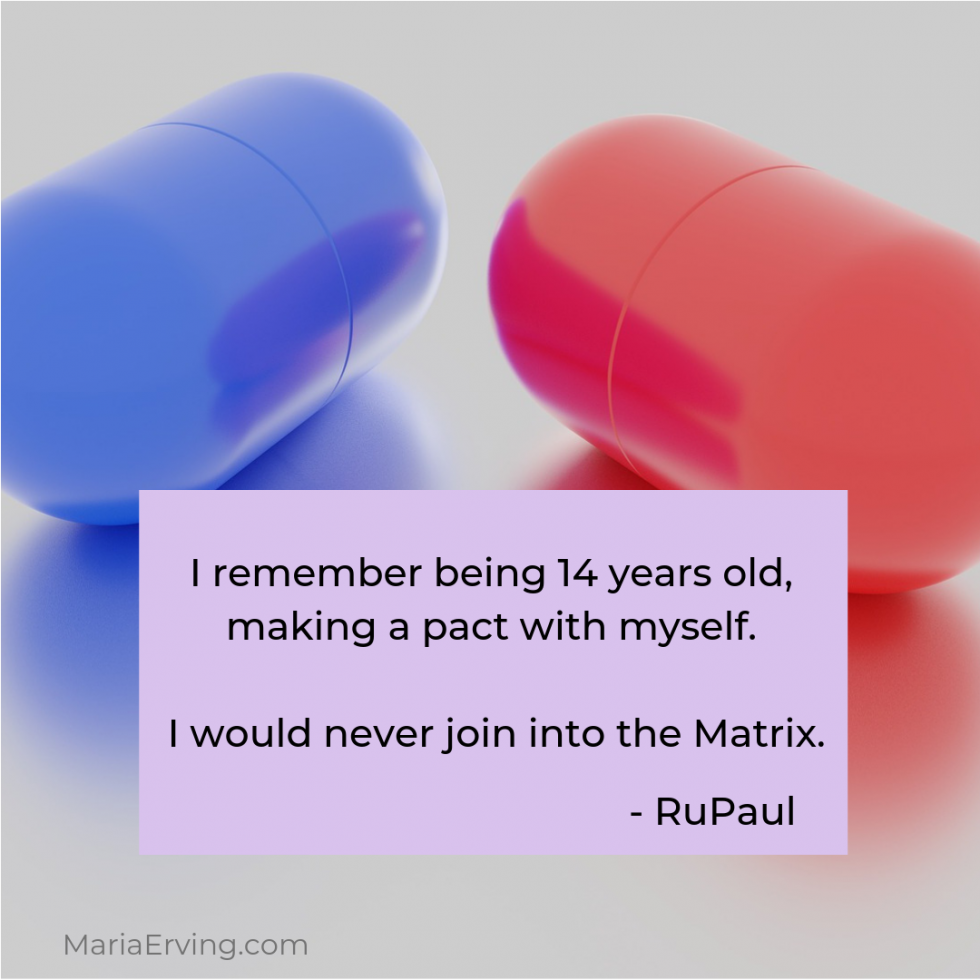 RuPaul has long been an advocate for being one’s authentic self and following your own true path in life.

Here’s a few quotes by him about following the flow of your own life’s energy instead of living in the Matrix:

“You know, the Matrix says, ‘Pick an identity and stick with it. Because I want to sell you some beer and shampoo and I need you to stick with what you are so I’ll know how to market it to you.'”

“Never forget that the most political thing you can ever do is follow your heart.”

” .. actually the whole punk movement was like: well, how far can we go with screwing up the Matrix and what we’re supposed to do.”

“Once you take that journey and say, “Ok, I’m gonna take the red pill,” then you’re on your way to understanding, really understanding what it is we’re doing here.”

“This is the thing. The universe has stage-direction. I was clear enough to hear ‘do this Ru’. I got clues, ‘do this’, and I tell you, once I did it, and this is true for everybody, there is a frequency that is for You, but most people work against it. The universe said ‘Ru, do this’, and I’m like ‘really??’, and it said ‘yes’, and I tell you, the doors, the doors opened up and the world opened up to me, because I listened to the information.”

“Living Life as a Free Bird Instead of a Caged Bird“

Get in Alignment and Transform Your Life

When you get in alignment you will have every area of your life completely change and transform for the better. Your relationships (with everything in life), your sense of aliveness, well-being, freedom and inner peace, everything shifts for the better as you open to a higher level of consciousness and awareness.